What is Proximal Tibial Osteotomy?

Proximal tibial osteotomy, also called a high tibial osteotomy, is a surgical procedure to cut and re-align the upper part of the tibia or shinbone. The procedure is performed to correct bowed legs, where the legs curve outward and place an excessive load on the inside of the knee, leading to cartilage loss and arthritis in this region.

Anatomy of the Proximal Tibia

The tibia is one of the largest weight-bearing bones in the body. It is located in the lower leg along with another bone called the fibula and connects the ankle and knee joints. The tibia has two ends: the upper or proximal end, which joins the knee, and the lower or distal end, which joins the ankle. The proximal end of the tibia is broad and has two bony prominences: the medial condyle on the inside of the knee (the medial compartment) and the lateral condyle towards the outside of the knee (lateral compartment).

Proximal tibial osteotomy is recommended for active patients under the age of 50 with any of the following conditions:

The goal of the surgery is to release the involved joint compartment by correcting the malalignment of the tibia to maintain the joint line perpendicular to the mechanical axis of the leg. There are two techniques that may be used: a closing wedge osteotomy and an opening wedge osteotomy. Your surgeon will determine the appropriate technique based on your requirements.

Closing wedge osteotomy is the most commonly used technique. In this procedure, your surgeon makes an incision in front of the knee and removes a small wedge of bone from the upper region of the tibia (shinbone). This manipulation brings the bones together and fills the space left by the removed bone. Your surgeon then uses plates and screws to bind the bones together while the osteotomy heals. This procedure relieves pressure from the damaged joint area and helps to transfer some of the weight to the outer part of the knee, where the cartilage is still intact.

In this procedure, your surgeon makes an incision in the front of the knee just below the kneecap and makes a wedge-shaped cut in the bone. A bone graft is used to fill the space of the wedge-shaped opening, and plates and screws can be attached as needed for further support during the healing process. This realignment increases the angle of the knee to relieve the painful symptoms.

Risks and complications of a proximal tibial osteotomy include: 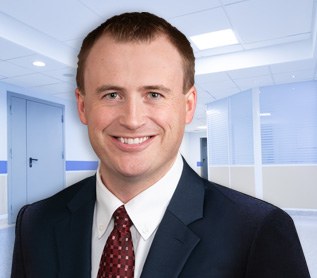